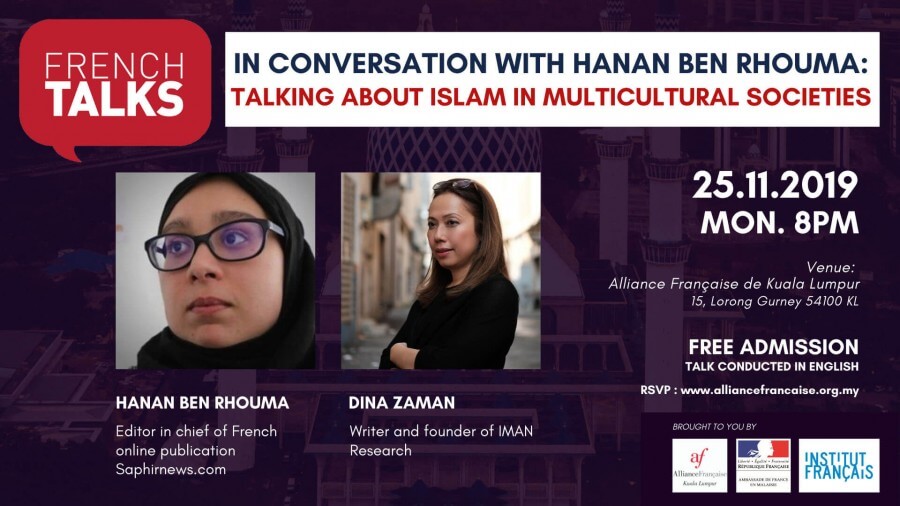 Hanan Ben Rhouma and Dina Zaman will exchange views on how to deal with religion (and particularly Islam) in multicultural societies, as journalists who have to take into account both the specific needs of their audience and the sensitivities of different groups, while staying away from the sensationalist coverage of Islam which is often found in mainstream media. They will also discuss the freedom of expression and of religion in the specific context of French secularism (laïcité). If media are meant to be a mirror of society, how should media cover religions in multicultural and multireligious societies?


Dina Zaman
Ms Zaman is one of the founders of IMAN Research, athink tank that studies society, beliefs and perception. Its core work is community resilience by countering violent extremism. Formerly a journalist, she has written two books on faith in Malaysia: I Am Muslim and Holy Men, Holy Women.

Brought to you by

What is French Talks?
Welcoming French and Malaysian experts, it aims at creating a space of dialogue, and a bridge between the two countries and their cultures. This is particularly timely in this new Malaysia where people are willing to express their views.