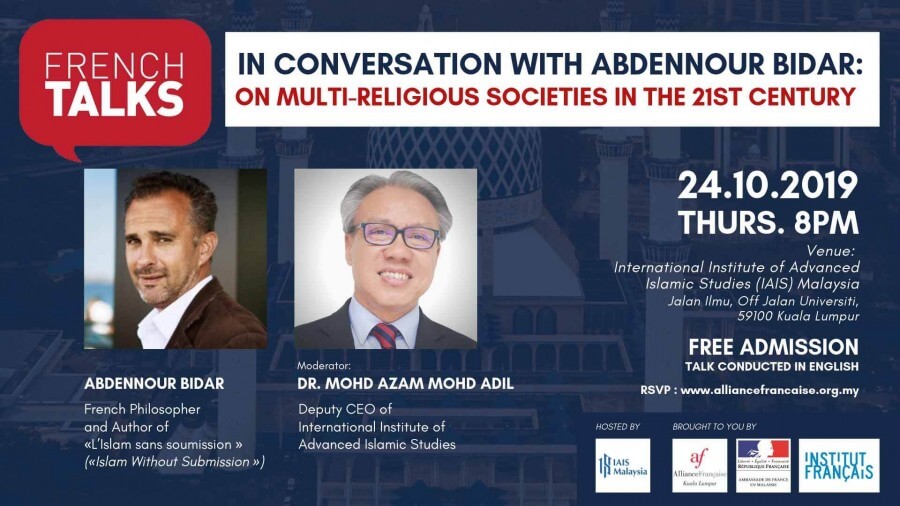 French philosopher Abdennour Bidar and Malaysian Islamic Law expert Dr. Mhd Azam Mhd Adil will have a discussion on the topic of societies hosting multi-religious groups. They will exchange on the solutions supported in France and the solutions found in Malaysia and South-East Asia.

Abdennour Bidar is a French philosopher and writer. Educated at l’Ecole Normale Supérieure, France’s top public university, he has a background in research in religion and its integration in the French society. As a public figure, he has been named part of The National Ethics Comity by the President of France, Emmanuel Macron. He also produced and presented  a show on Islamic culture at the French national radio station, France Culture, for a year. As a writer, he has published several very successful philosophy books, like ‘Self-Islam’ or ‘Islam WithoutSubmission’.

What is French Talks?

Welcoming French and Malaysian experts, it aims at creating a space of dialogue, and a bridge between the two countries and their cultures. This is particularly timely in this new Malaysia where people are willing to express their views.