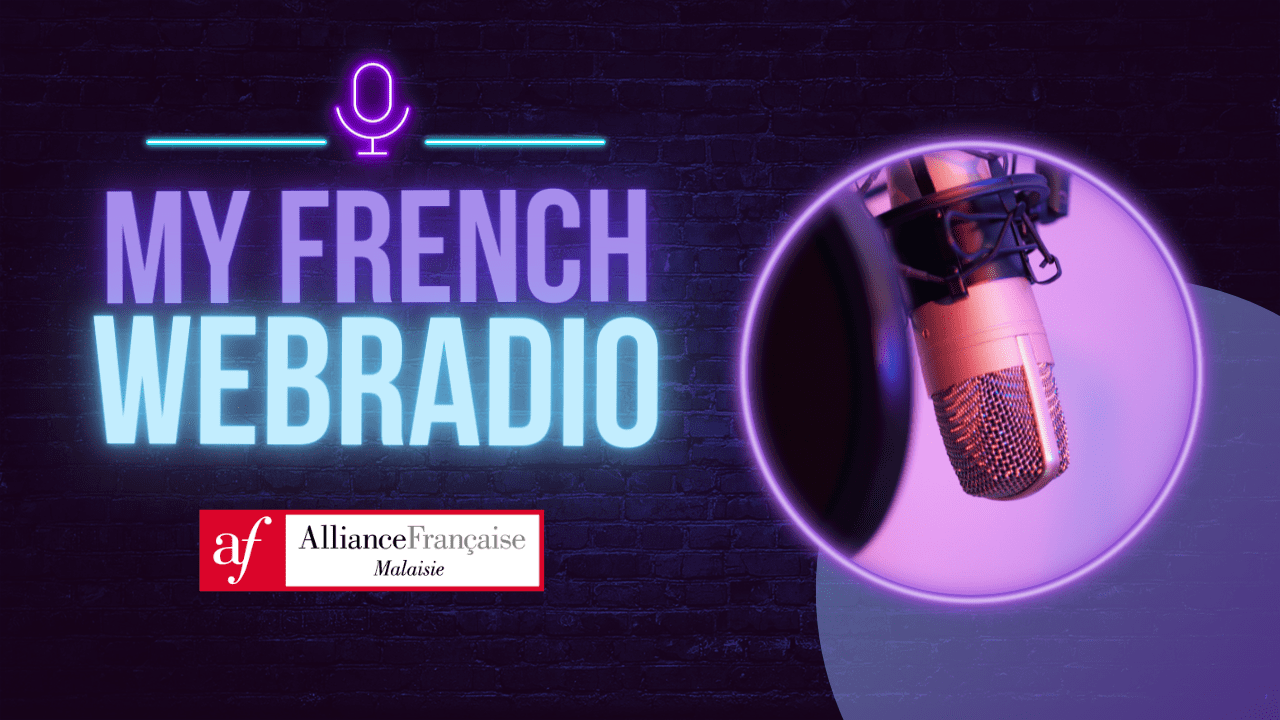 MyFrenchWebradio is the radio of the Alliances Françaises of Malaysia based in Kuala Lumpur and in Georgetown, on the island of Penang. This initiative was born out of a will to stay connected with our community, our students and French culture lovers throughout Malaysia. Our main intention is to keep on providing relevant and enriching content and contribute to a greater knowledge of French culture and its numerous actors in Malaysia and around the globe.

“5 questions to…” is a program which aims at inspiring our auditors to learn more about French culture and French language! With these short interviews of Malaysian, French and international personalities somehow linked to the francophonie, we bring forward diverse profiles with exciting backgrounds.

In this episode, we speak with Tengku Zatashah Sultan Sharafuddin Idris Shah, Princess of Selangor and President of the Alliance Française de Kuala Lumpur's board of directors. Asma Manssouri, our host and cultural coordinator at the AFKL, asks her 5 questions about her experience in France and her favourite French souvenirs.

In this Episode our host Asma Mansouri, asks 5 questions to Tommy Lee, better known in KL as Tommy le Baker. He will talk to us in French about his experience in France learning French and the art of bakery and sourdough.

This special 40-minute episode is released as part of the 20th edition of the French Film Festival. Tuck Cheong Wong, President of the Kelab Seni Filem, together with Asma Manssouri, the webradio's host and AFKL's cultural coordinator, shares his take on French cinema and the Malaysian New Wave, the importance of preserving cultural heritage and the crucial role of a film programmer. A selection of 17 French films are screened in GSC cinemas until the 17th of July across Malaysia (successively: Kuala Lumpur, Penang, Johor Bahru and Kota Kinabalu) - if this talk made you want to discover more about French cinema, now is the time to run to the movies!

Travel around the world with two very special guests: French harpist Maïa Darmé and Colombian director and composer Carlos Andrés Mejia, who performed during the 20th edition of the French Film Festival with the Kamerata KL at the Asia-Europe Institute of University Malaya. This episode explores their international careers and exceptional paths as professional musicians, as well as the specificities of playing the harp and the magic of composing music.

As part of #NovembreNumérique's objective to support high-tech innovation, in this special episode of #MyFrenchWebradio by Alliance Française de Malaisie. We have the honour to welcome Jean-Baptiste Sanchez, Boat Captain of ENERGY OBSERVER. Interviewed by Dr. Valérie Barbosa (Attachée for Science and Higher Education at the French Embassy in Malaysia) to highlight expeditions and innovations aimed at finding practical solutions to protect the oceans and combat climate change.