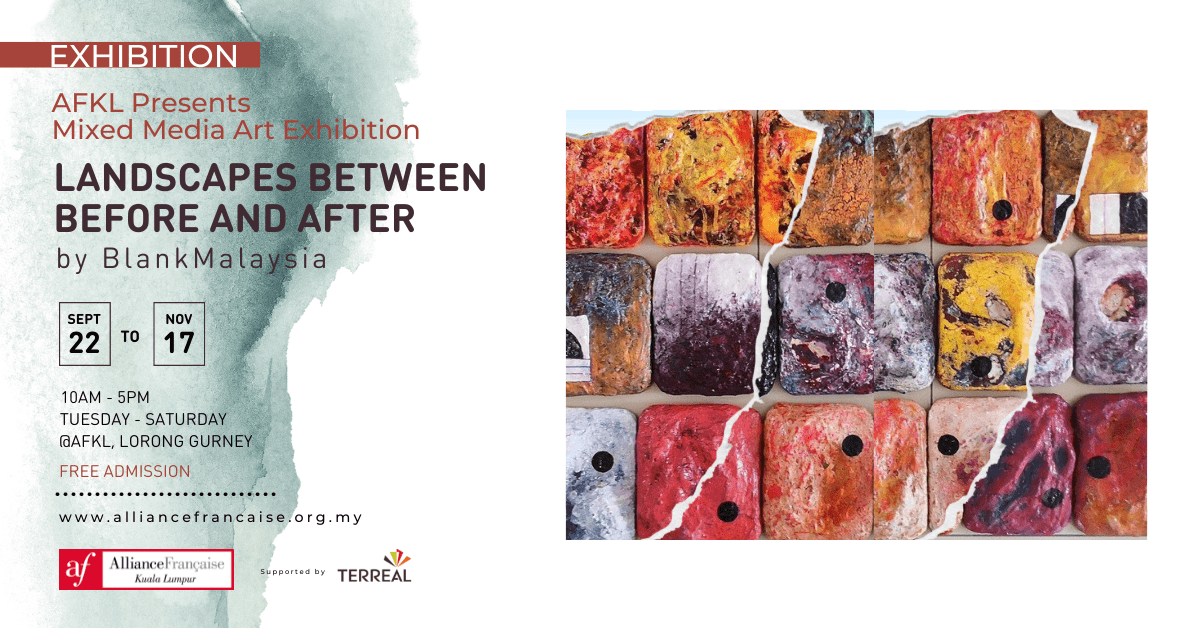 Landscapes Between Before and After

Artist Biography:
Blankmalaysia is a multidisciplinary artist who is interested in the temporal models of history through the genealogy of objects. He examines the temporal/spatial aspects of the history of things in his artistic practice that ranges from sculptures to digital works.

About the exhibition:
Maurice Halbwachs first coined the term collective memory in his pioneering work on Les cadres sociaux de la mémoire in 1925. By doing so, he separates history (static, complete and unique) from collective memory (ever evolving and multiple). Pierre Nora would later build on Halbwachs’ work through his monumental research project, the lieux de mémoire (memory sites). The project was produced during a time period of accelerating social and cultural changes and the reality of post history and economic crisis. Done across 7 volumes which were edited between 1984 and 1992, his project was composed of essays from nearly 120 French scholars and was aimed at exploring how the French past was constructed. The project posed questions on nationality and identity, effectively reevaluating the relationship between memory and history. Nora states that our contemporary relationship with the past was caught between these two forces – memory which naturally develops to transmit value and knowledge within a group and history which was constructed within intellectual frameworks and perpetuated by institutions. He notes how history has become politics, especially when the construction of the past gets influenced by present political purposes. When faced with the prospect of preserving memory in spite of such a volatile context, his concept of the lieux de mémoire was seen as valid anchors for collective memory. These memory sites can be material forms (monuments, memorials, etc.), symbolic forms (images, street names, etc.) and functional forms (national symbols). According to Nora, memory and history is not only contained but accumulates within these memory sites. After 3 decades, the legacy of Nora’s seminal project is monumental as it was replicated across various nations and has generated a great amount of discourse. Critical readings propose a merger between the historical recollections and the continuous rewriting of memory. This renewed understanding of collective memory opens up new opportunities to reexamine multiple imagined communities that might still not be recognised or have been excluded from contemporary dominant memory sites. This exhibition, Landscapes Between Before and After, begins at this intersection between landscape and memory within the Malaysian post-colonial context. Landscapes keep and evoke memories while memories remember and mould landscapes. Both aspects integrate meaning and power and can act as indicators of cultivation, intervention and erasure. By applying Nora’s concept of the lieux de mémoire on the Malaysian landscape, the exhibition builds upon the complex subject that has shaped how Malaysians situate themselves spatially and culturally within the world they inhabit. This exhibition is well aware of the constructed nature of artistic representations of the past which could essentialize historical events and experiences. Instead of a petrification and flattening of the past into simplistic divides of good or bad/ before and after, Landscapes Between Before and After seeks to suspend its complexities to create an open understanding of the past and how it is continuously recreated and experienced in the present.