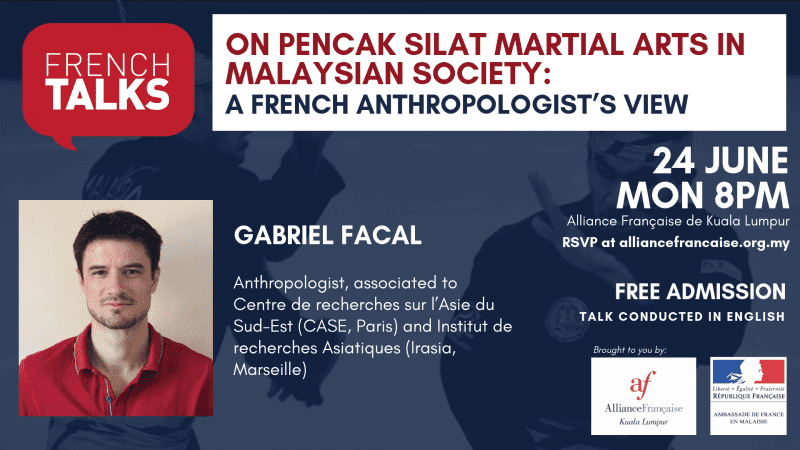 Rituals, Techniques and Politics of Pencak Silat in Malaysia

In Malaysia, pencak silat is a martial initiation that counts thousands of schools, as well as regional associations and a national federation. In many villages and urban neighborhoods, initiation groups are at the core of the sociocultural life. They gather the local communities during collective rituals, prepare the young men and women for their mundane existence and their afterlife, and convey a particular ethos to the initiates. Moreover, the schools are connected to political and religious issues. Apart from the cosmologies, techniques, rituals and modes of transmission, we will describe the pencak silat practice groups’ position towards state nationalism, regional identities’ tensions as well as political evolutions since the 2000s.

What is French Talks?
Welcoming French and Malaysian experts, it aims at creating a space of dialogue, and a bridge between the two countries and their cultures. This is particularly timely in this new Malaysia where people are willing to express their views