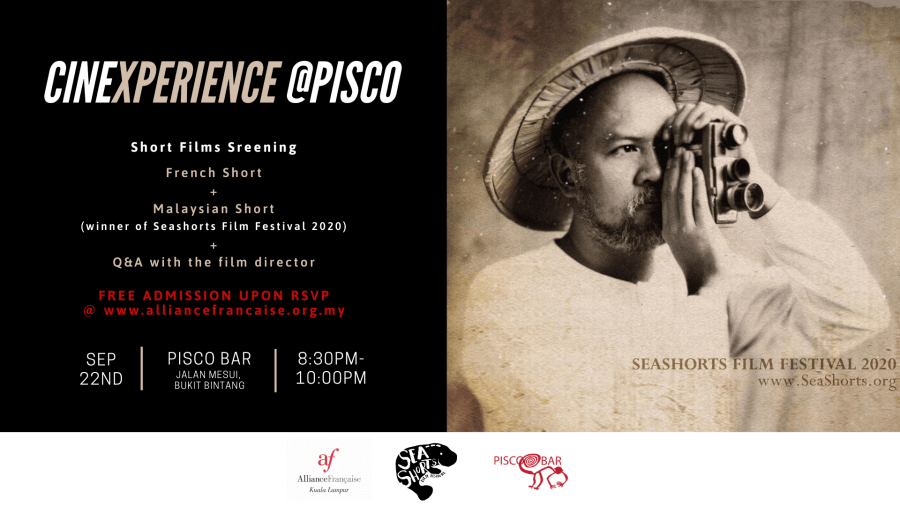 Our first physical screening at Pisco Bar will be a very special one!
We are teaming up with SeaShorts Film Festival @seashortsmy to screen their winning Malaysian short film and pair it with a French short.

The session will be followed by a Q&A with the film director.

An innovative film, where the story is told through a grab delivery driver’s phone screen, caught in the middle of a passport trafficking scheme… Peon was a favourite of SeaShorts, so get a chance to watch it again physically at Pisco!

French Short:
This session will be about immigration! To pair SeaShorts’ Winner Peon, we will screen “French” by Josza Anjembe!

A 2016 film, “French” tells the story of Seyna, a teenager of Cameroonian descent, who is passionate about the history of France, the country she was born and raised in. A she has passed her baccalauréat and will soon come of age, she dreams of only one thing: get her French citizenship. But her father Amidou is vehemently opposed to it…Trailer: https://www.youtube.com/watch?v=zRrDny3RQ0s...


If you missed out the RSVP, join us online! We will be doing a Facebook Live broadcast for both films on AFKL's Facebook Page.

Sorry, you've missed the RSVP deadline for this event.